For the first time in Bologna, the works of Shozo Shimamoto will be exhibited from 28th January to 17th February 2011 in the attractive surroundings of the Basilica of Santo Stefano. This is a unique cultural event. The show, organised by the Shozo Shimamoto Association in collaboration with the Morra Foundation and the Pari & Dispari Archive, will take place during Artefiera Off. The curator is Achille Bonito Oliva.

Works exhibited will include pieces from the last performances by the Japanese master in Italy in 2007 and 2008, from among which will also be shown the video directed by Mario Franco.

The “Gutai concrete art movement” was born in Japan in 1954, or more accurately, in the Kintetsu department stores in Osaka. Its two principal members, Jiro Yoshihara and Shozo Shimamoto, were joined by other leading names and they all created a series of innovative works, which predated the most important western interdisciplinary movements such as happening, performance, conceptual, and protest art.

This movement investigates the relationship between the spirit and the material, the meeting/collision of zen philosophy and western culture. Gutai represents the synthesis between the reclamation of values which have been forgotten, destroyed and wiped out by devastating events such as the second world war and the contamination of Japanese culture by external forces; primarily those of America. Painting, calligraphy, sculpture (but above all performance), events, theatrical works, improvsation (always with a strong emphasis on audience participation) are the stylistic code of this movement, which has always sought to challenge the concept of traditional art. This vanguard style significantly predates the Fluxus network and the western avant-garde experience of the sixties. It even influences modern American expressionism.

The careful selection of Shozo Shimamoto’s works, exhibited for the first time in Bologna, introduces the spectator to a world of colour and materials dominated by the strength of change in coloured mixtures, wich are dictated by sage zen sign language, present during performances. The intensity of the act and the concrete nature of the material represent the fundamental dualism of Shimamoto’s art. The union of these two forces clearly affirm the deep vitality of his art. Works from his recent Italian performances, made with the “antitechnique” of bottle crash will be integrated into the presentation using specific video documentation, which tells of  a powerful energy capable of touching and unleashing deep urges and emotions. The pictorial material connects intimately with gravitational and atmosperic randomness, dictated by the concrete nature of the world, to melt into a visible and tangible Super Nova. The material consistency of colour therefore becomes the real protagonist of Shimamoto’s art, which proclaiming the “banishment of the paintbrush” asserts the validity of using any instrument (be they hands, a palette knife or throwing bottles full of colour) to make art.

The Shozo Shimamoto association, which is organising the show was set up in Italy and Japan in October 2007. It is a non-profit organisation whose goal is the promotion in Italy and worldwide of Shimamoto’s artistic research. For this reason, it is very active in the field of communications. It organises workshops, work experience placements, conferences, and seminars centred on the figure and the work of the Japanese master. The organisation is also involved in certifying the authenticity of Shozo Shimamoto’s works whether in Italy or the rest of the world, with the obective of forming a comprehensive archive of the artist. 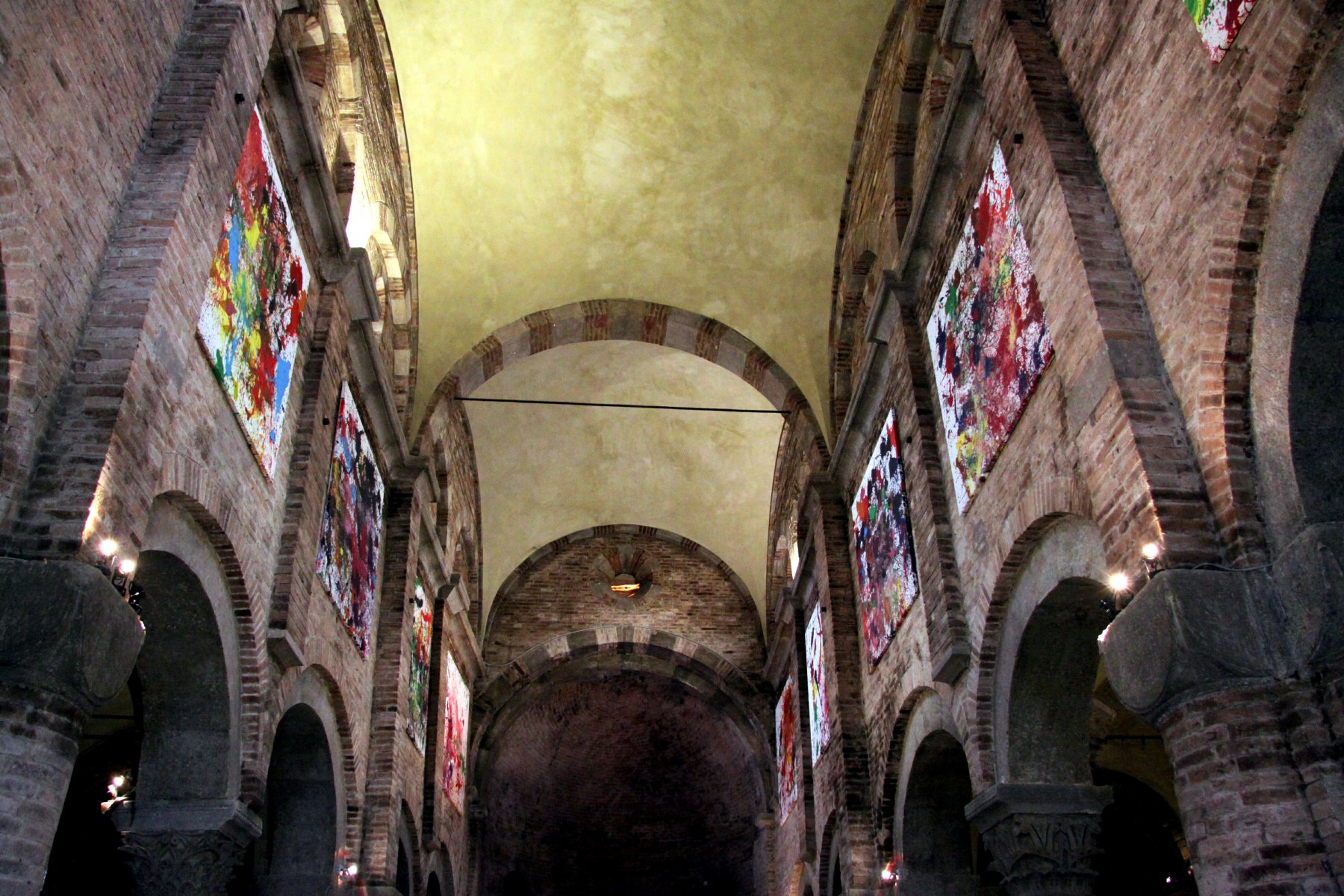 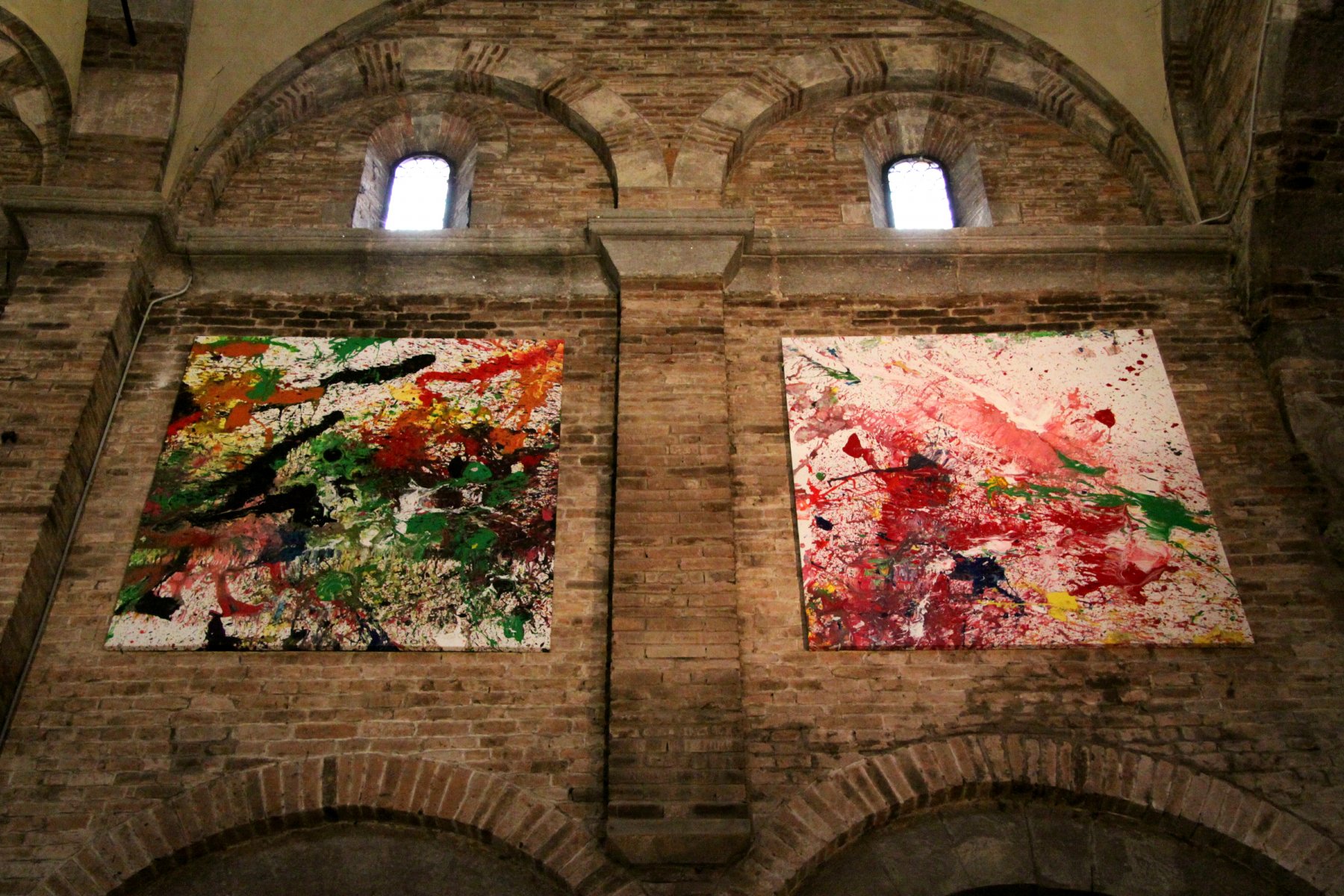 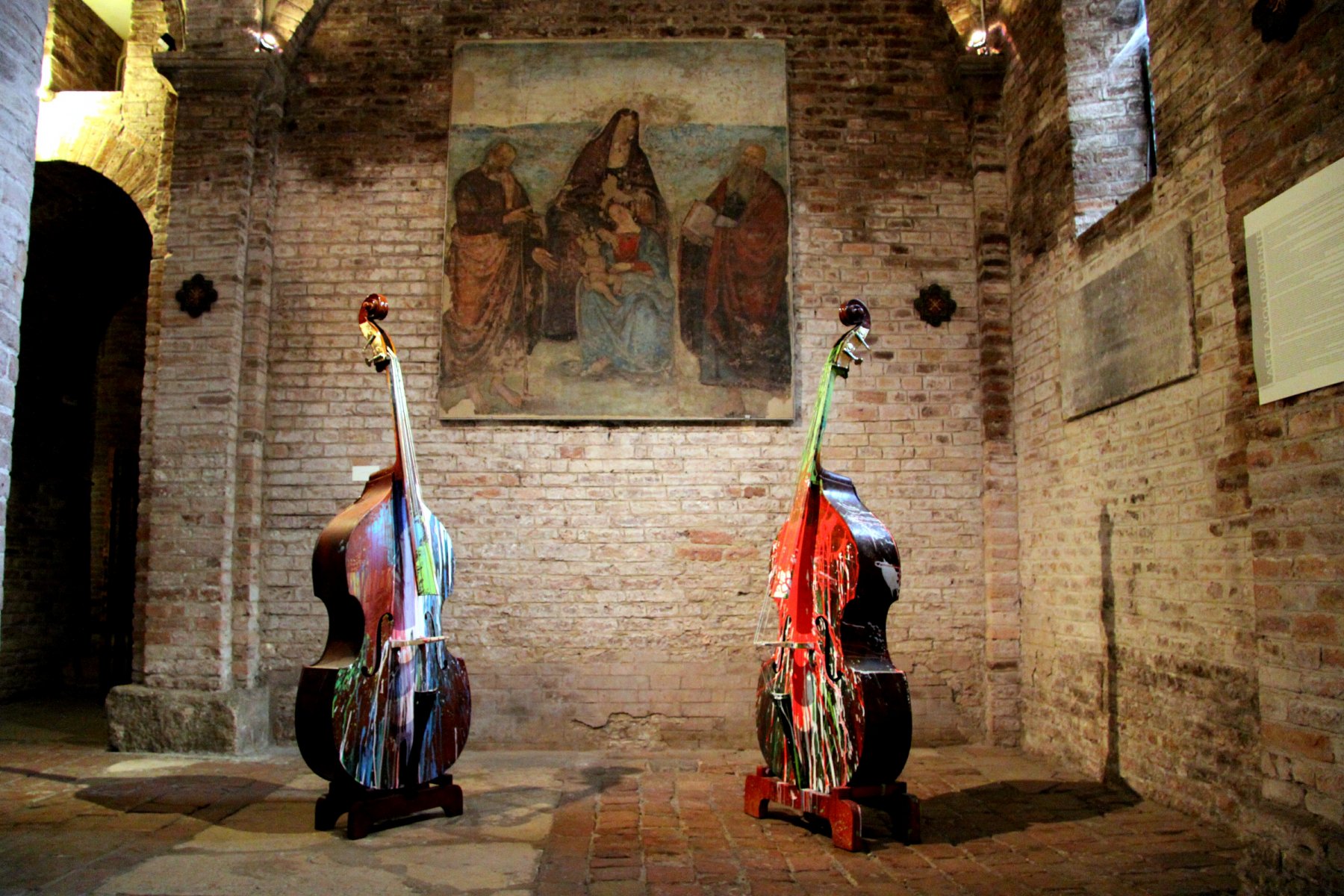 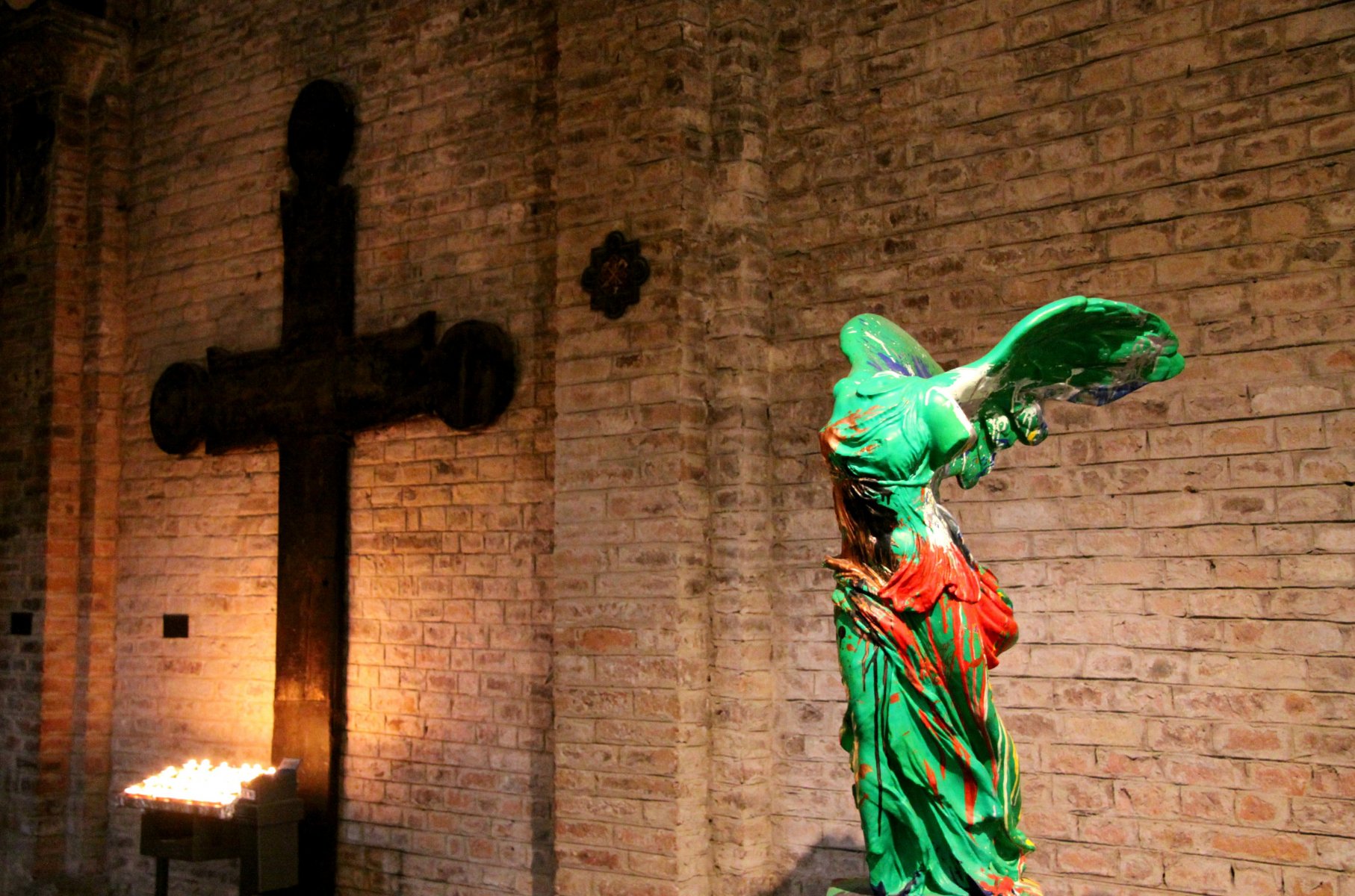 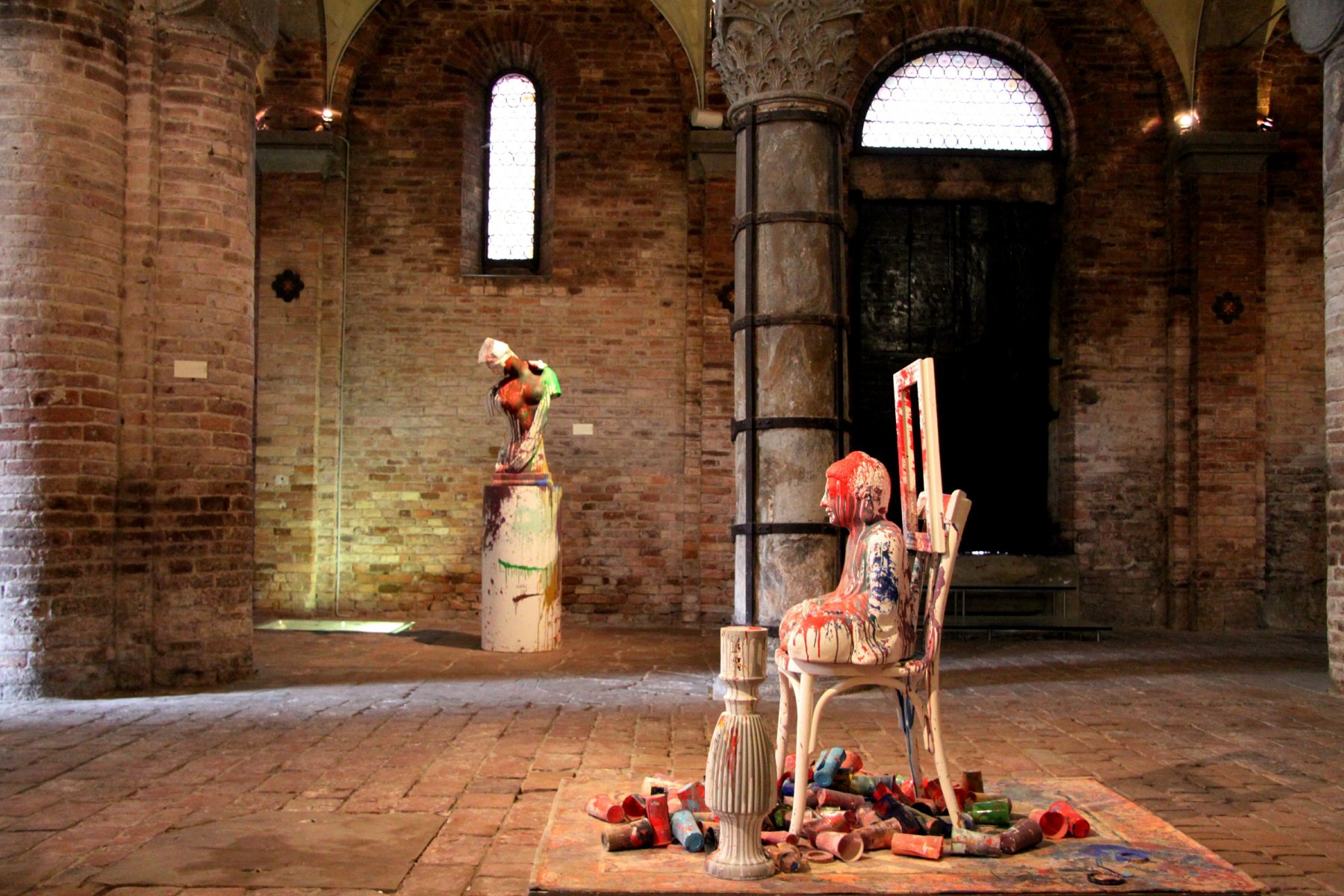 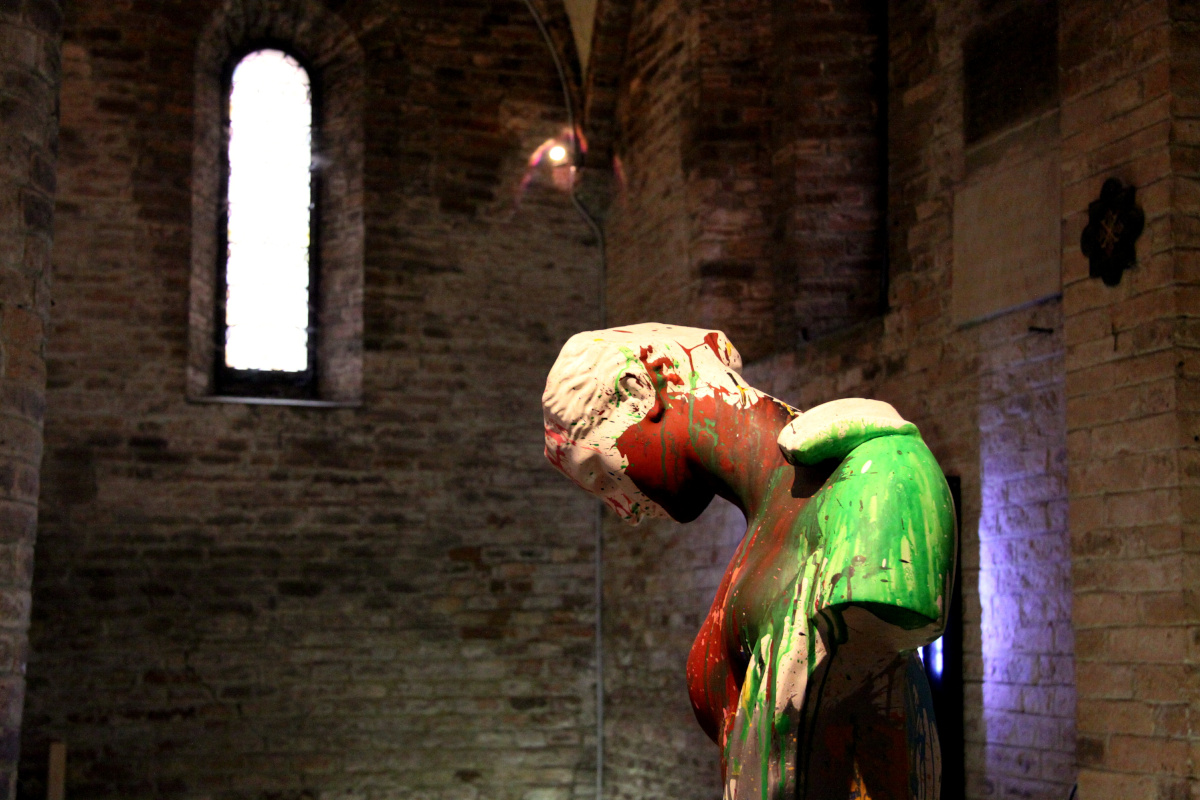